My company decided it was time for me to visit Cordoba, Argentina. I’ve been working with ID90 Travel for about a year and have yet to meet the team I interact with on a daily basis. Our CEO and Head of Technology asked if I’d like to join them on the next trip. I simply asked when and next thing I knew, I was on my way.

Cordoba is not an easy city to enter. Coming from Dallas, we flew into Buenos Aires, drove about an hour to a domestic airport and took a short 1.5-hour flight to Cordoba. Funny enough, that’s actually a pretty smooth itinerary. I’ve heard stories of others traveling from Dallas to Lima, then to Chile, then to Cordoba. That’s rough.

When we finally got out of the airport, you quickly realize the change in seasons. Since Cordoba is on the other side of the equator, we were greeted with a wonderful temperature of 50 degrees Farenheight in August. It was honestly perfect weather.

Driving into Cordoba is like other Hispanic countries: chaotic, aggressive and fast. Drivers are cutting off others without hesitation and honking incessantly. It reminds me of Miami in a lot of ways; though, Argentinians drive much better than my hometown counterparts.

We got to our hotel (Y111) and unpacked our bags. We took a quick shower and headed to the office where I’d meet my fellow teammates in person for the first time. Everyone was extremely kind. They gave us typical Argentinean treats, told us where we should visit, asked questions about our office and showed some genuine curiosity about life in Dallas. It was neat.

From a company culture perspective, I loved how our Argentinean counterparts operated. Each day, the team would order food and eat at the table together. This brought about a sense of community and comradeship, which I believe is a healthy way of getting to learn more about your team members.

The Cordoba team were constantly drinking what is known as Mate. Mate is a bitter tea that is consumed in a traditional Argentinean cup and shared with others. So you’ll prepare the herbs, pour in steaming hot water, take a sip and pass along to your teammates until it’s done. Once it’s done, someone else goes to refill the drink to repeat the process. It was another interesting example of establishing a community, as you’ll inevitably interact more with those you’re sharing Mate with.

Lastly, I wouldn’t do Cordoba justice without mentioning the most amazing sandwich I’ve had in South America: The Lomito. This thing was designed by the Gods and perfected by Argentina. A Lomito is essentially a large sandwich stuffed with tenderloin beef fillets, cheese, ham, tomato, mayo and a fried egg. It’s lightly toasted and did I mention it’s huge? It’s one hell of a sandwich given how simple it is.

If I were to sum up the culinary experience in Argentina, I’d say it consists of Dulce de Leche and an absurd amount of delicious meat. The quality of meat you’ll enjoy here are absolutely astonishing. While I enjoy salty food more than sweets, the Dulce de leche here is incredible. Dulce de Leche seems to have originated in Argentina as well. Who knew?

On the second night, our team went to what is called a Parrilla or Argentinean style barbecue. In Cordoba and elsewhere in Argentina, parrilla is a big event. And your appetite should be just as big. It’s like a Brazilian steakhouse–you know, the ones with the green and red cards to indicate whether or not you want more food. Except in Argentina, it’s like have the green card on at all times so you’re constantly having new cuts of meat delivered to your plate. We had so many delicious cuts of meat. Although my American teammates were not fond of the “exotic” meats like Morcilla (Blood Sausage), Rinones (Kidney) and Chinchulin (Intestines). I ate it all without hesitation. It is also common to pair your meals with wine in Argentina.

Oh, did I mention dinner typically starts around 9PM-10PM? That’s right. If you’re one who likes to eat dinner early, forget about it while you’re here because it’s nearly impossible to find anywhere to eat before 9PM.

Cordoba is essentially a college town. Although it’s a large city, it has a pleasant small town feel to it. You’ll see young people walking everywhere, chatting and genuinely enjoying their city. Since the city is very much like a college town, there’s plenty of bars and restaurants to choose from. The team and I went out to an up-and-coming neighborhood to have drinks at a restaurant called Penion. It was like restaurants I frequented back in Miami: upbeat music, cool wall art, loud but still conversational and packed. They also had so much craft beer; I was thoroughly impressed! After the Penion, we went bar hopping with a few others. We played pool (where I pulled some crazy trick shots) and then went to a lounge/bar. My buddy David and I went out to another bar even after everyone called it. We did this two out of the four nights in Cordoba till about 3AM. These were weekdays and we were expected to be up by 8AM. Not the best decision! Cordoba is also interesting in that, Fernet is widely consumed and seen as the go-to alcoholic beverage. You typically mix Fernet with Cola, as the alternative of drinking Fernet alone is pretty harsh. It is said Cordoba kept the Fernet factory in Italy alive, as more than 80% of the production was being exported into this city!

This trip was an amazing opportunity to build a rapport with the team in Cordoba. I was able to get to know each and every team member on a personal level. The team shared ideas on product initiatives, vetted growth strategies, laughed over ping pong tournaments and became a tighter unit. Overall, it was an extremely pleasant experience getting to know the team as well as visiting a unique city in the beautiful country of Argentina. 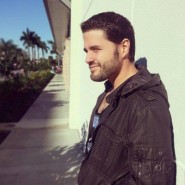